Why are we celebrating Saint Patrick's Day? Get the answer here - and a recipe for Irish Chicken

March 17 is the Irish National Day, where they celebrate Saint Patrick's every year. The day is a holiday in Ireland, where Irish people meet all over the world and celebrate with beer music and good food. But who was Patrick, when did he live and how did he become a saint?

Who was Sankt Patrick?

On March 17 each year, Irish people around the world celebrate their National Day, St. Patricks Day.
The day is named after the bishop who converted the Irish to Catholicism in the 400s. The legend tells that the young boy Patrick was robbed from his family in England as a young man and brought to Ireland by Irish robbers. Here he went through many cruel things in his captivity, but after he was released, he received several religious revelations and it was clear to him that it was his job to Christianize the pagan Irish.

"Everyone is Irish on St. Patricks Day”

St. Patrick was successful in propagating the Catholic Church in the Irish community and his day of death on March 17 has been celebrated ever since.
In time, St. Patrick's Day has been adopted into most of the world. Hence the motto “Everyone is Irish on St. Patricks Day ”. 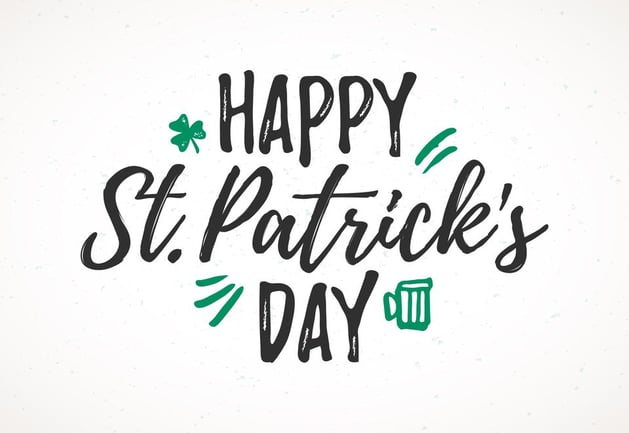 Recipe for Irish Chicken
Here is a recipe for an alternative dish of chicken, cabbage, potatoes, bacon and onions that you may be able to serve to your guests at St. Patrick's Day. Everything is cooked in one pan and then put in the oven. This dish is called Irish Chicken.

1. Preheat oven to 200 degrees.
2. Mix all the ingredients together and roll your chicken pieces in it.
3. Fry the four pieces of bacon and then place them on a towel so they can drip off.
4. Now brown the seasoned chicken pieces in the fat from the bacon
5. While the chicken is being well browned, you can roughly peel your potatoes and cut them into slices, then chop onions and cabbage into good coarse chunks
6. When this is done and the chicken is well browned, fill a large saucepan with chicken, cabbage, water, potatoes and onions and heat it for a few minutes.
7. Now cut your bacon into pieces and sprinkle in the pan - place the pan in the oven and cook until the chicken is done. Ca. 45-50 minutes 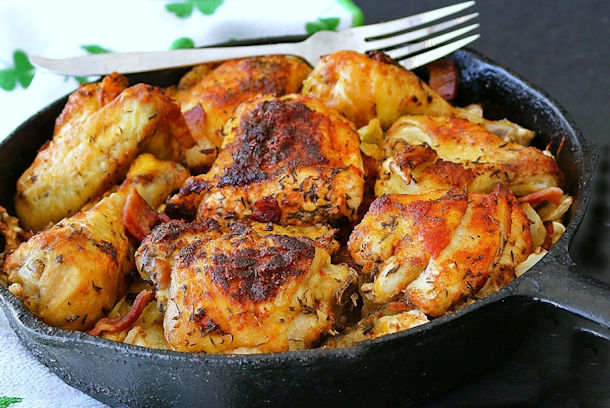 Whole chickens on the menu?

If you need tips and advice for putting whole chickens on your menu, as always, feel free to contact one of our consultants!

You can also read: How You Get 5 Meals From One Whole Chicken

Euro Poultry increases the standard with Next Level

Next Level improves the living conditions for chickens Great news! You can now get the popular Chicken Slices from Top Table, which live up to an even higher standards than the European ECC standard....

It is often difficult to know and spot which food trends and tendencies that will dominate in the future. Moreover, the whole covid-19 situation has made it even more difficult to predict. We have...